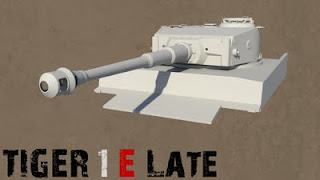 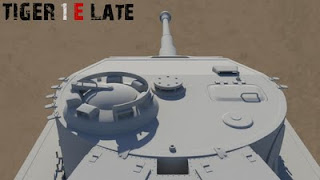 So here is a look at my Panzerkampfwagen Tiger Ausf. E (Tiger 1 E Late). I've been plugging away at this for the last 2 months, and its been slow going. I only get to touch this beast about an hour a day, but so far it has been fun! I haven't made a vehicle in 3D ever!!!! So I decided to tackle something a little more complex than the usual sports car that newbies build when tasked to build a vehicle.

Built mostly maya and a little XSI here and there (as maya is lacking in the fast poly modeling tools that XSI has). I'm 95% done with the turret and can start moving down to the main hull and tracks. I want to add the spare track links to the side of the turret before i go buck wild on the main hull.

My end goal is to have this bad ass kitty placed in a environment in which it would be most at home in. But so far the environment is in the concept stage and not blocked out.
Posted by Jay at 23:32 No comments: 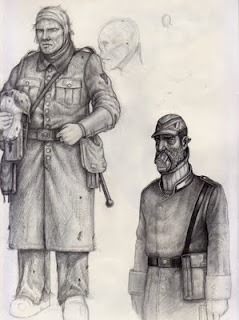 So here is a little sketch i started a few months ago and I have been ever so slowly chipping away at it. My Tiger tank model (which i will post shortly) has been eating up my creative time. And when i need a break i pick up my book, pencil and start sketching away. As you can see there are 2 images! The larger one i started about a year or two ago....probably a year...and i was inspired to create a character  that had seen some long and difficult years on the front. And I'm a big fan of the WWII German winter long coats, and had the urge to draw a character in one.I really like the cut of their jibb!

But thats not the sketch I've been chipping away at, no its the other one...to the right. It started off as something else but i guess the other sketch influenced its creation, cause behold...there's another soldier character with a long coat.The back story was along the lines of 'what if'  this guy got shot int the face, removing his mouth and his throat. He survived his injuries and was fortunate enough to live in a world in a time and place where this tech was available. The neck brace is to keep his head up, as the damage sustained from the shell impact too care of supportive neck muscles. It helps to keep throat passages open, and the device that fits in his mouth hole is a  device for communication. Also known as a voice box (very original...i know).

My goal is to finish this sketch within the next week, but in the mean time...back to modeling my killer kitty...PzKpfw VI E!!!
Posted by Jay at 20:54 No comments: 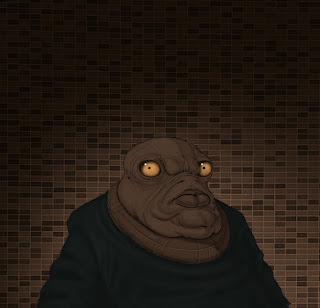 So i started this painting months ago, and still havent gotten time to finish it. I ended up getting my job back at EA CANADA and havent really had time to focus on doing any 2D work since. Instead ive been working on the 3D stuff and have been focusing on punching out a hard surface model (Tiger tank E) and a new environment, in hopes i can scoop up a non character job (just for a change of pace) after my contract at EA CANADA ends.

What inspired me to do this? Well I wanted to sculpt a 3D alien character and needed a design to follow. And for some reason i kept invisioning this bug eyed thing with some juicey lips standing in a bathroom with tiled walls, watching me pee. Dont know why i thought of that but i did so yeah....im weird.
Posted by Jay at 17:26 No comments: 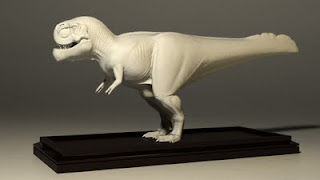 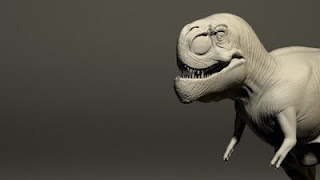 So considering this is a WIP blog, where I post my WIP, here is my first WIP shots of P-Rex. The first 3 posts were the 2D platforms/build up for posting this! A 3D P-Rex...woooooooooo. I am still working on my P-Rexy but I have taken a break form it and started working on other things. But i wanted to show some images of where i left off.
Done in maya and Zbrush, im still sculpting this bad boy and hope to get it finished and rigged up to animate. I dont like rigging or animating so im working in collaboration with my good friend Mattias Brunosson (who is an amazing animator and rigger) to complete my vision of P-Rex. Hopefully I can get this baby done by the end of 2011!
Posted by Jay at 17:16 No comments: 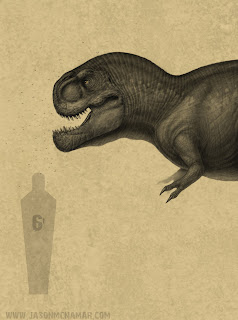 Im a nut for detail, and painting the skin texture on this was a blast! Yes, drawing/painting skin details and wrinkles is a rollercoaster ride of awesome for me! WoOt!!!
Posted by Jay at 17:05 No comments:

First off i must say that i got into making art and working in the entertainment industry thanks to one little film. That film was...Jurassic Park :P
As a kid I was in love with movies and dinosaurs, and in 1991 Jurassic Park was my biggest nerdgasim rolled into one (other than Return of the Jedi). I went to see the film 4 times in theaters, and 3 of those times were all by myself. I was blown away, and I was even more blown away when the "making of Jurassic park" book showed up at a book store i just happened to be at. Seeing the work of Mark "CRASH" McCreery and his contribution to that film made me weak in the knees. I already loved drawing by this time, but to see pencil renderings of dinosaurs in a realistic manner just blew me away. I knew at that moment what I wanted to do for the rest of my life, make art for film and if possible, draw like Mark "CRASH" McCreery.

Fast forward up until now and, i still haven't made art for film (tv and video games thus far), but my drawing skills are close to what I wanted them to be. And so I decided to go all out on this piece (within the time I had) and make an image that was inspired by the work of Mark "CRASH" McCreery.

So here is the final design for my Piranhasaurus Rex concept, completed in photoshop and based off a nightmarish bulldog named Linda!

I'm pretty happy with the final result, there is some stuff i would like to address on this image, but ill take those concerns and apply them on my next Dino-concept piece.
Posted by Jay at 17:02 No comments: 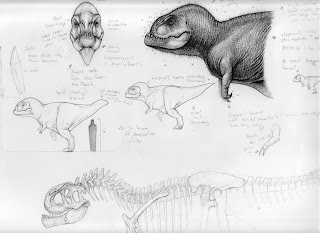 So I had this idea rattling around my little brain for over a year or so. I got the inspiration from playing with a friends bulldog.
This dog liked to attack your feet and attempt to eat your toes, but if there was anything in your hands, it would fly up and latch onto your now bleeding digits with a formidable death grip.
So id find myself looking down at this ugly beast, with a case of severe snaggle teeth and a exaggerated under bite, standing on its hind legs growling like some constipated beast. Then it snapped into my head...you are a cross between a Piranha and at Tyrannosaurus. BAM!!!! The idea of Piranhasaurus Rex was born.

This image was done in my sketchbook and it is a first draft of the P-Rex design.
Posted by Jay at 16:43 No comments:

Jay
I am a 3D modeler and 2D illustrator! I also like cats!